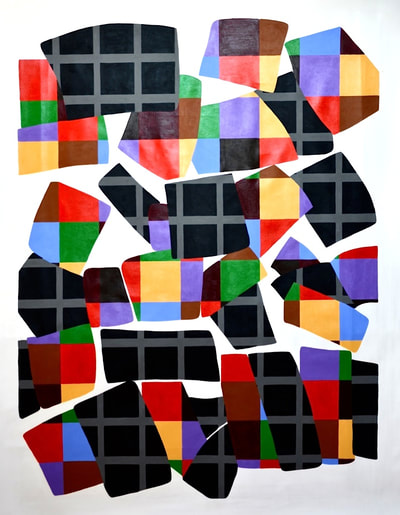 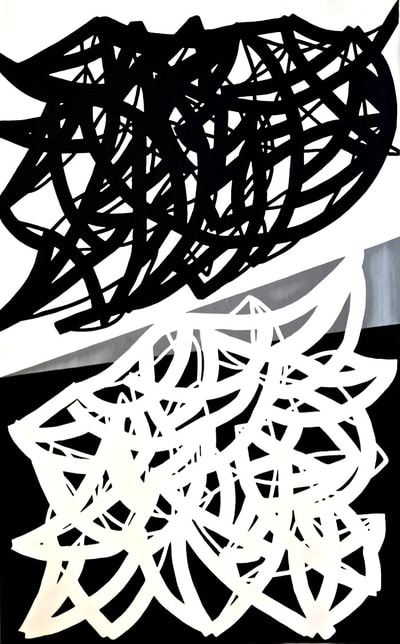 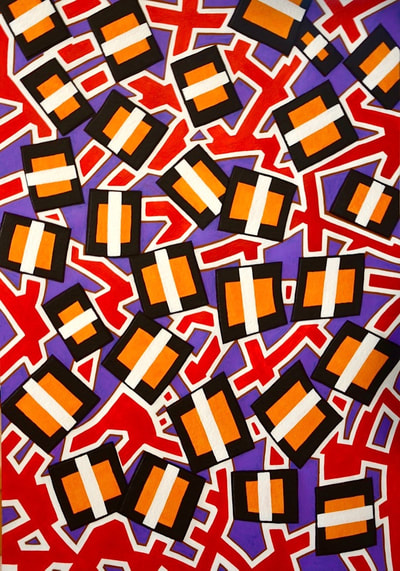 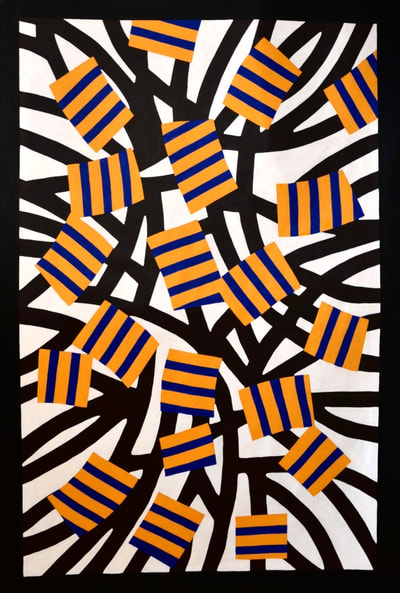 Born in 1936 in Oran (Algeria), to a French father and Spanish mother, where he lived until 1959.  After marine school and various jobs, from 1959 to 1992 he became a customs officer in France.  During the period in 1977 he built his home in Alsace, he had an artistic impulse, so he started painting without having any formal art training leading on to his first exhibition which took place in Basel in 1983.

His paintings are found in private collections in Paris, Chicago, Zurich, Vaduz, La Chaux-de-Fonds as well as in the “Neuve Invention” section in the "Collection de L’Art Brut" in Lausanne, in the Musée de la Création Franche in Bègles, and in the "L'Art en Marche collection" in Lapalisse.

Claude is also in possession of 31 corresponding letters from Jean Dubuffet and in the letter to Le Roy of 7th May 1982 he wrote.  "Your art is very personal and creative." - Jean Dubuffet.
In 2010, Claude started abstract works called "CONVENTIONS and PENDULAR".  These network structure sets of perpendicular and longitudinal lines form of arcs and colors are selected using a pendulum, his own technique of which he has produced 150 pieces to date, all of which are signed Le Roy, with his earlier works signed Elroy.

Eager to explore everything, ignoring all dogmatism and all schools, El Roy entered into abstraction and becomes Le Roy, "Obeying the inner forces that lead his mind and his hand to trace unexpected geometrical worlds."  - Mifa Pivot-Smigielski - Journalist.